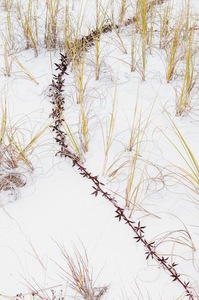 Timothy Kennedy is a Full Professor in the Communication Department at the University of Tampa.

He received his B.A. from the University of Alaska in 1977 and his Ph.D. from Cornell University in 1984.

His work is included in the permanent collections of the American Museum of Natural History; the Herbert F. Johnson Museum of Art, Ithaca, NY; the Visual Studies Workshop in Rochester, NY; the Bank of America, Tampa; the Anchorage Museum of History and Art, the Alaska State Museum, Juneau, Alaska, the Tampa Museum of Art and the Metropolitan Museum of Art, Onassis Collection.

Kennedy was awarded a Fulbright Fellowship in the Republic of Fiji in 1993. During his Fulbright year, Kennedy created MONO PACIFICA, a solo exhibit of monochrome digital prints from the South Sea island countries of Fiji, Kiribati and Tuvalu.  MONO PACIFICA was first exhibited in the Scarfone Gallery, University of Tampa in 1996.

In  2002 prints of Kennedy’s exhibit Ricaricabile Roma from his series Reveries of a Roving Ecstatic were selected for the Tampa Museum of Art bi-annual exhibit underCURRENT/overVIEW 6. In the catalog essay, Elaine Gustafson, Deputy Director and Curator of Contemporary Art at the Tampa Museum of Art observed: “Timothy Kennedy’s pictures…demonstrate photography’s unique ability,
when in the hands of a skilled practitioner, to look coolly at the world and reflect on those moments in time when details of life…come together to tell a story."

IN 2002, Kennedy’s Zen Motion Series was in a group exhibition at C.Emerson Fine Art Gallery in St. Petersburg, Florida

In 2006  Midnight Son: a Tribute to John Lee Hooker limited edition hardcover book was published by the University of Tampa Press. In his July 20, 2006 book review for Las Vegas City Life, Jarret Keene wrote:
“Kennedy’s photos are as raw, primitive and pitiless as blues music itself. It’s almost as if he descended Orpheus-like into the maw of the underworld to retrieve these images, into a place where light is minimal and distant. Anyone searching for the visual essence of rock will be served well by Midnight Son. The book’s last three photos alone are worth the price of admission.”

In 2015, Kennedy had a solo exhibit of archival pigment prints Between Sea and Earth, Santa Rosa Island at Clayton Galleries, Tampa, Florida. The exhibit featured the primal beauty of Santa Rosa barrier island that was inundated by the 2010 BP oil spill.

Timothy Kennedy was Program Producer of the National Film Board of Canada’s Challenge for Change Program and Director of the Alaskan SKYRIVER Program. A sixty country bibliographic study commissioned by UNESCO, Paris stated that both programs were the “classic models” for voice of the people use of video.
Kennedy’s scholarly book Where The Rivers Meet The Sky: A Collaborative Approach To Participatory Development was published in 2008 by Southbound in Penang, Malaysia. The book describes a process that used video and film tools to strengthen direct communication between Alaskan Native villagers and government decision makers that led to well documented social change in Alaska. The North American distributor is University of Chicago Press. 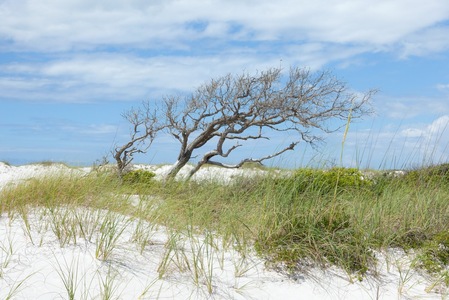 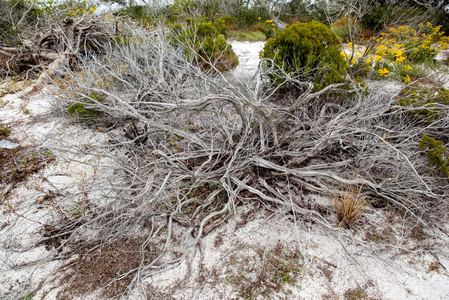 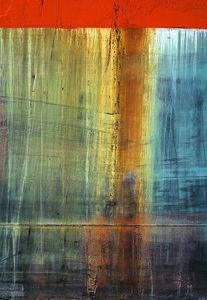 “L’art Brut of the Leviathan”


Wyn Bielaska says of this work, "These are but an eyeful _ badges from  pilgrimage – tokens from places where miracles occurred – postage stamps encapsulating the pride and optimism of a nation.

As illustrations, gestures from the shoulder are described. Abstract patterns upon which gestures of the seemingly uncontrolled subconscious of a colossus are recorded. This “art insolite” speaks truths about our condition.

Upon the colors that ache like the unfolding of spring blooms, are the smears and rubbed markings, caustic pours, insatiable rot and corrosion that we inflict upon nature daily.

A narrative component is provided through scales of measure, encodings, symbols, and other elements that have been cast, stamped, and welded to the ‘prepared surface’. The record of forces endured / procured is rich with association.

These images are not from these landlocked regions. They recall cayenne and saffron, translucent icebergs, magenta and Baltic breezes, the khaki dusty haze of Southeast Asia. Baked, they have been transformed.

Their intoxicating beauty endures heightened through contrast and made more poignant through the assimilation of these destructive forces.

As surfaces they have been prepared in a deliberate and purposeful manner, yet there are few clues as to why. As images, they are composed as paintings, and are records of graphic and painterly action.

They are also about space. Not space that distances us from an object but the space of the object.

They have no beginning or end. Like the work of Clifford Still.

Indeed these pictures are a celebration of the organic qualities of our most synthetic materials. Their ability to be transformed, their vulnerability to forces beyond even their mighty control, is laid bare.

In this they re-affirm our humanity –

And then they move." 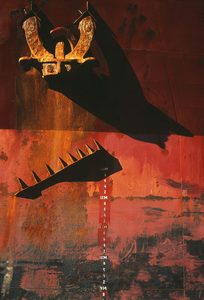 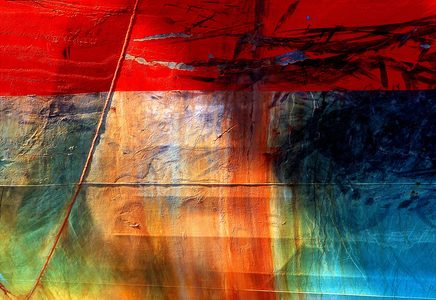