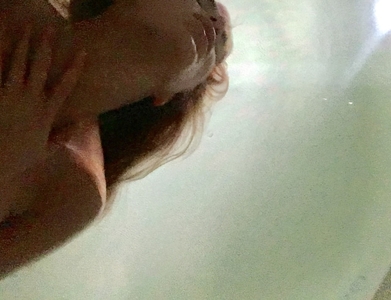 Heidi Golznig has always been a creator, thinker, and deep emotional connector underneath the sheath of socially-acceptable beauty from which she formed a career as a model since childhood.

A life-altering event in April 2012 drastically changed her perspective. From then on, her biggest and most challenging masterpiece has been the deep endeavour to know and love herself beneath her surface. This yearn for inner-exploration lead her back to college at UW-Madison where she fell in love with theatre arts.

Now on the verge of graduating in May and moving to Los Angeles, Heidi has been acting, writing, designing, traveling the world, and floating.

Through sensory deprivation, she has tuned herself to understand nature, feel other people, and observe her own reactions with detachment. Heidi believes in allowing the vast experiences of the universe to flow through us with joy and acceptance as our sensual, tactile, experiences are the vital reasons for human life. We are here to feel everything.

SENSI.space is an in depth sampling of the contrast between source-minded clarity and ego-blaring distortion of perception she experiences through sensory deprivation therapy. The series features several intimate photos taken post-float inside of the isolation tank. The images are raw, unretouched, pixelated from both the water and light inside the tank, occasionally wry in human form, and sensually beautiful. 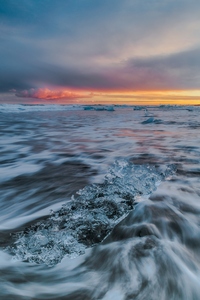 Will Nourse says of his work, "The opportunity to spend time in wild places is increasingly precious in our modern society. Seeing fog form in Yosemite Valley, witnessing the power of a storm at the beach, meditating on a sunset in the Rocky Mountains or feeling insignificant beneath the brilliance of the Milky Way on a clear night are activities that fewer and fewer people in the world take the time to, and are able to, experience.

While there are an ever-increasing number of photographers, there are far fewer landscape artists who express themselves through photography. As Galen Rowell wrote 'Well-executed photos of familiar scenes predictably fill up months of Sierra Club and Audubon calendar and put bread on the table of the chosen photographer, but the question a dedicated nature photographer should be asking is, “Do I want to be a content provider or a visual artist?”

Traveling to the wild and returning with images that capture the essence of a place and the emotion that it evokes is what I do as a visual artist.  This may be a grand landscape in the mountains, a storm-wracked shore or a peaceful sunset over a lake, but in each image distilling that essence and communicating it to the viewer is my objective.

I am often drawn as well to strong, graphic elements in natural images, capturing line, color or texture in natural scenes – this may be in the fractal nature of mountain shapes, newly formed ice on a puddle or contrasting light and shadow on a hillside.

My recent trips to Iceland (July 2016 and March 2017) were an amazing opportunity.  The variety of landscape and weather seem to provide an almost inexhaustible supply of images as well as some interesting technical challenges.

While there are many iconic viewpoints such as Kirkjufell,  Jokulsarlon or the Vestrahorn, I was able to do some variations on the theme and avoid cookie-cutter images.  I was also able to produce a lot of images that don’t rely on standard locations and capture the unique nature of the Icelandic landscape and climate."

Will Nourse is a landscape photographer known for his use of color and texture to bring his outdoor experiences to life. He has been an avid photographer for almost twenty years, and his work reflects a lifetime of hiking, backpacking, climbing, skiing and sailing, all of which have given him a deep appreciation for the wonders of the natural world.

He exhibits in juried shows at the Cambridge Art Association, the Newburyport Art Association and various online galleries.  Recently, his image ‘Seljalandsfoss #2’ was selected as Best in Show for Photography in the NAA’s 20th Annual Regional Juried Show (2017) and his photo ‘Vestrahorn #1’ won the Newburyport Development Award for Work in Photography in the NAA’s 2016 Fall Member’s Juried Show Part II. 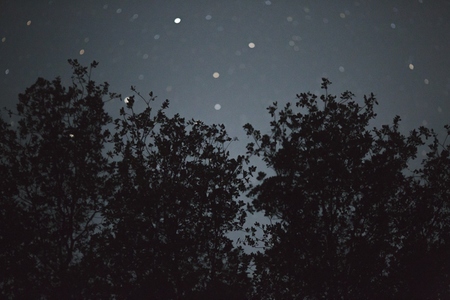 Barbara Kyne says of her work, “A Crack in the World” is located on five acres in Mariposa, California in the foothills of the Sierra Nevada Mountains.

I combine my human vision with the optical limitations I place on the camera, creating a “camera-being” with a different plane of focus that acts as a species with its own visual perception.

My intention is to offer a conduit to an expanded natural world through these sensory artifacts to allow the viewer to see in a different way that is not a human-centered perspective of the universe, to engender empathy for the other biological beings on the planet.

In creating my images, I imagine peering through and stepping into the depth of the layers, into other dimensions via “a crack in the world.” In this world, the sentience of all living entities and our shared consciousness jumps out at me. Orbs pop, and streaks of light dance through the dimensions of land and sky. Perception shifts as the small becomes outsize and the distant alive.

I liken the blur in the images to sub-atomic particles made visible, representing the possibilities in what is unimagined, often overlooked, underlying, and even undetected by our five human senses.

We have ended a five-year drought and approximately 50% of the trees in Mariposa have died in the past few years.

Government scientists inform us that we will ultimately lose 90 percent of our mature trees. I have made impressions of the trees and other plant life throughout the seasons, starting when I first visited this land around the beginning of the drought. Thus the series that began as a fine art project has also become a documentary work.

We are on the precipice of a possible sixth extinction of life on earth. I believe that a lack of empathy for the other – people, plants and animals – is in large part the cause of it. With global warming and nuclear war looming, we need to find solutions for saving the planet. Empathy for each other and the natural world, rather than dominance and greed, could be the imperative first step.

All images were created in camera and processed only with the usual color and curves adjustments in Photoshop."

Barbara Kyne is an American artist who divides her time between Oakland and Mariposa, California.

As an artist she asks fundamental questions about reality such as, who are we, and how are we related to the cosmos? Underlying themes in her work are intelligence and nature, and a philosophy that collapses the dualism between science and spirituality. She believes photography, particularly abstract photography, facilitates abstract thought.

"A Crack in the World" was published by Daylight Books in October, 2016. A solo exhibit accompanied the release at Krowswork, a gallery in Oakland, California.

Images from the series will soon be available from Fraction Media and other galleries.

Kyne wrote for and created portraits of art world figures as a contributing columnist for Artweek, an art journal specializing in West Coast art and has taught photography and art extensively, including at City College of San Francisco.

She earned her BA in Photography from Brooks Institute of Photography in Santa Barbara, CA and received an MA in Studio Arts from the Graduate School for the Study of Human Consciousness at John F. Kennedy University in Berkeley, CA.